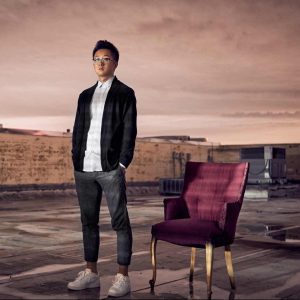 Travis Zhang, born in Kunming, China, discovered his love for photography when played with a borrowed camera at a young age. On a trip to the U.S. he honed his skills on exotic automobiles, creating photos worthy of international Branding and Advertising Agencies.

He earned his BA in Visual Communication Arts at Assumption University in Bangkok and then was immediately discovered by Harper’s Bazaar Thailand, where his work was published.  Zhang learned how to scuba and free dive and took his creative eye underwater to shoot amazing video and stills.   His breathtaking underwater Pre-Wedding photos are amazing and much sought after.

Travis can handle a camera in the air while flying or climbing a mountain for stunning shots of the earth and his subjects.  His work in 360º photography is perfect for hotels and real estate brands.

Zhang’s work has been exhibited during Paris Fashion Week. His clients include international brands such as, Coca-Cola, Calvin Klein, Honda, Toyota, Isuzu, Lenovo, and Tourism Authority of Thailand among others.  His work photographing International celebrities earned him a position in The Grammy Awards in Los Angeles.  His assignments have taken him to locations like Russia, Bangladesh, North America and many points between.

Travis’s style is accommodating and thoughtful.  He is a team player who can be able to jump in at the last minute to find the perfect way to use photography to make his clients shine.
He spends time with each client to fully understand and collaborate on a clearly designed strategy.  He shoots with the goal of making the perfect campaign.